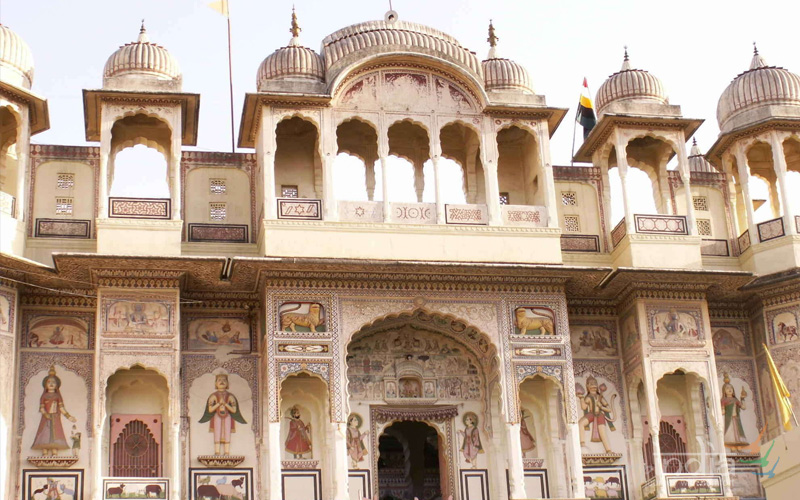 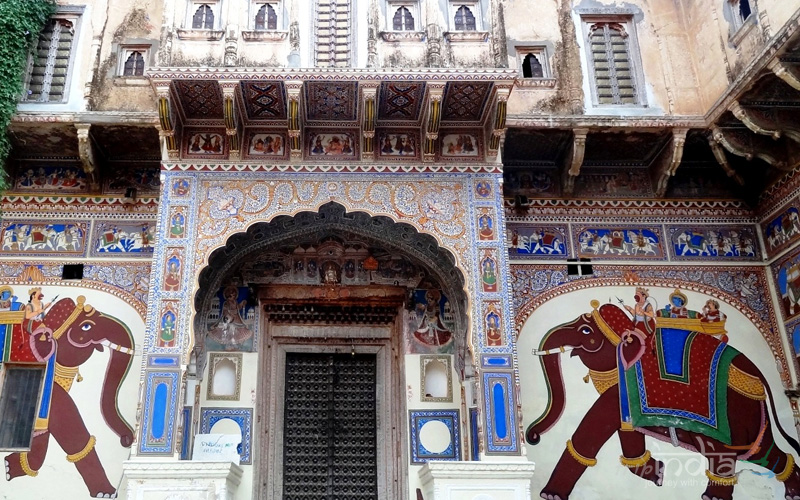 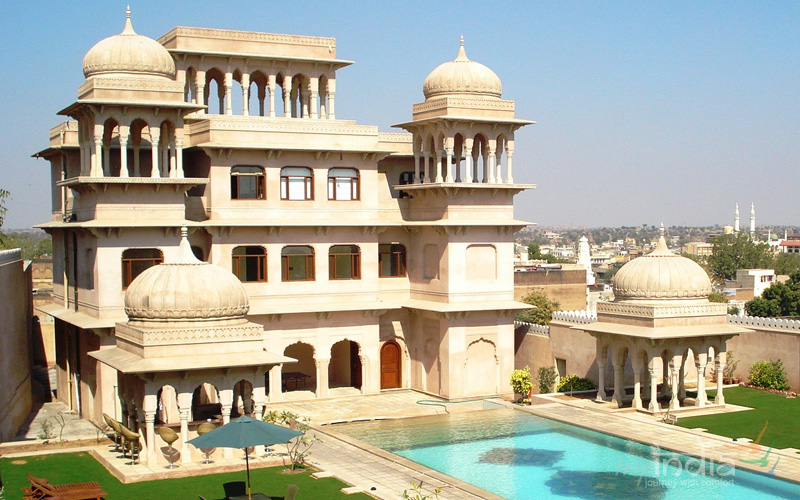 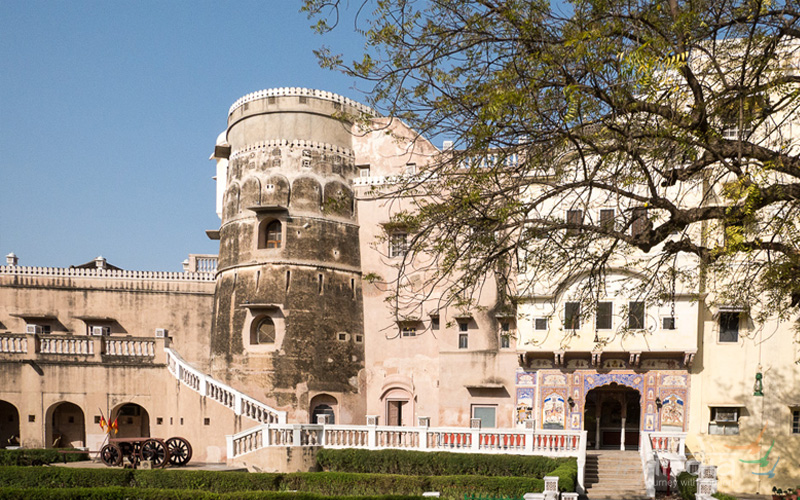 Mandawa is a beautiful town renowned for its magnificent forts and palaces situated in the Shekhawati region of Rajasthan. Inhabited by the rich merchant families the city was founded in the mid18th century. According to history, Mandawa was founded by Mandu Jat. Previously Mandawa was called the “Mandu ki dhani”, then it was named as Mandu ka bas, finally it became Mandawa.  The beautiful wall paintings that decorate the havelis of Mandawa in Rajasthan allure every tourist. The history of Mandawa is all about these beautiful forts and Havelis. The city has preserved its Rajasthani charm and grandeur. The mural painting on the havellis tells the colorful history of Mandawa. There are numerous havellis and buildings which include the Bhagchandika Haveli, Gulab Rai Ladia Haveli and Lakshmi Narayan Ladia Haveli and the Newtia Haveli.